Luis Soenksen Martínez is a biomedical engineer from Mexico City, Mexico. He holds a bachelor’s degree in biomedical engineering from the Monterrey Institute of Technology in Mexico, and a master’s of science and engineering in bioengineering innovation and design from Johns Hopkins University. His training includes medical technology prototyping, manufacturing, bench/clinical testing, regulatory affairs, quality systems, reimbursement and market research.Luis has been interested in biomedical imaging since he was an undergraduate at the Monterrey Institute of Technology, where he studied the refinement of non-ionizing techniques and post-processing tools in ultrasound, MRI, X-ray, CT, PET, and SPECT/CT for cardiovascular medicine.Luis performed clinical-need driven research at the Mexican National Institute of Cardiology. His work there led him to code investigational modeling software to develop novel applications for patients suffering from microvascular obstruction, pulmonary embolism, and blindness. His research was published internationally, and led to a prototype of a patented “guidance system for the blind.” It also led to software to evaluate cardiac synchrony in PET images through Ventricular Phase Analysis, which was evaluated in over 4500 patients at Yale University in 2011. Since earning his masters in 2012, Luis has created nine patented biomedical technologies, two start-up companies, received grant funding, and improved patient care internationally. 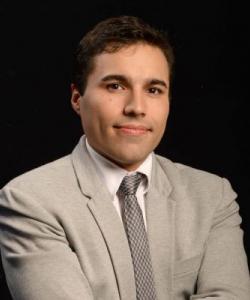